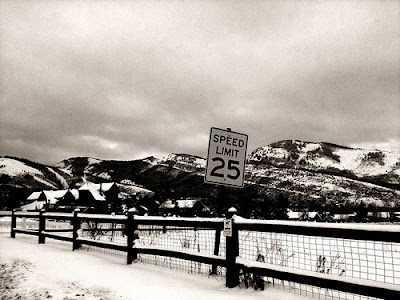 I love meeting new people and talking with them about their unique life experiences, so going to the Sundance Film Festival was an amazing time. While in Park City, I was surrounded by tons of interesting journalists, film critics, directors, actors, and celebrities. Thus, I felt compelled to document the occasion using my iPhone to record audioblogs with people. I hope that these audio files give you a good impression of what it was actually like to be there, and that they provide insight into the people and the movies of Sundance 2010.

I spoke with Adam Roffman from IFFboston about what we were looking forward to at Sundance:

On the ride to Park City, I met some South Africans in the van and asked them what they thought of Invictus:

I spoke with Neil Miller from Filmschoolrejects and my boss, Peter Sciretta from slashfilm.com about how hard it is to make money off of movie blogging:

I asked Neil and Peter what they like most about Sundance:

Neil and Peter talk to me about how important it is to be at the WORLD PREMIERE of a film:

At a dinner featuring a bunch of bloggers, I talked with Laremy from Film.com and Kevin Kelly from Cinematical about blu-ray discs and the future of physical media:

I asked Vic from screenrant.com about the gun he’s packing:

On the busride home, I asked the guys why Gerard Butler strips down naked in the movie Law Abiding Citizen:

I spoke with Morgan Spurlock, the director of Super Size Me, in the filmmaker’s lounge:

I met Eric D Snider, one of the most prolific online writers. We talked about his most anticipated movies of the festival:

I spoke with Quint from Aint It Cool News about Austin, Texas:

I finally got to meet Adam Kempenaar from Filmspotting:

I speak with Andrew O’Hehir from salon.com, one of my favorite critics:

I explain how I got tickets to Howl, the opening night film:

Me and Elliot Kotek from The Hollywood Reporter talked about Last Train Home, one of my favorite documentaries of the festival:

On a busride, I met Brian Pope who worked on the visual effects for The Phantom Menace:

While waiting for Happythankyoumoreplease to begin, I spoke with Ricki Stern who directed the new documentary about Joan Rivers:

I met Jeff Goldsmith from the Creative Sreenwriting Podcast on the streets of Park City and talked to him about “Winter’s Bone,” his favorite movie of the festival

I spoke with Devin Faraci from CHUD about his favorite movies at the festival in the first few days: