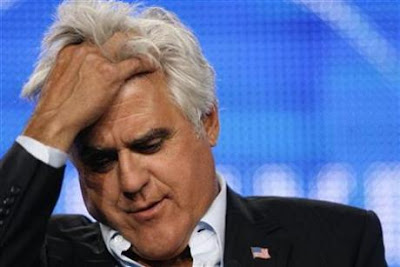 If you’ve been following me on Twitter this past week, you know that for me, the Late Night Wars between NBC, Conan, and Leno have been absolutely riveting. Rarely in the past year have we seen such excitement surrounding these figures, and the conflict has captivated millions of Americans as well.

It might seem odd for Americans to take sides in a battle between two middle-aged white millionaires, but to me it’s not that strange at all. Conan’s plight is emblematic of a lot of issues that everyday people are dealing with right now, especially during the worst U.S. recession in recent memory. His fate at the hands of NBC has come to symbolize the fate faced by many American workers, who have put in dozens of years of hard work at a company, hoping to achieve some version of the American dream, only to have the brass ring unceremoniously slip through their fingers. The inimitable Heather Havrilesky has also written a brilliant, scathing piece about something else that Conan symbolizes: The concept of quirkiness/originality in the face of a world that constantly strives for monotony and conformity:

The most brilliant and original novels and works of art and theorems and discoveries of recent history were all greeted as idealistic, impractical, bizarre, delusional or utterly wrong at one point or another. This is how good things come into being: Someone listens politely to the opinionated blowhard, shakes his hand, and forgets all of that priceless advice within seconds.

Unfortunately, the man in the gray suit may quickly grow impatient. Whether you’re working on your thesis or coming up with a new marketing model or writing experimental fiction or challenging the current notions about internet browsing habits, you may not have a lot of time to try out your approach. In Conan’s case, thanks to Leno’s spectacular failure, he had a few short months.

In fact, lots of great prose was written about the Late Night Wars (My favorites to read? James Poniewozik from Time Magazine and Rachel Sklar from Mediaite). But one piece in particular caught my attention, not for its quality but for its utter lack thereof.

In a piece “written” by Bill Carter (and I put “written” in quotes because that’s a pretty liberal use of the word) and published on January 14, 2010 entitled “NBC’s Ebersol Defends Leno and Zucker,” Dick Ebersol essentially used the New York Times as his stenographer. Here’s an excerpt:

Mr. Ebersol chided Mr. O’Brien for declining to take advice about how to adjust his show to the 11:35 p.m. slot from the style he had used on NBC’s 12:35 a.m. “Late Night” show for 16 years…They have previously defended the performance of the show, saying seven months was not a fair shot for Mr. O’Brien to hone his comedic voice at the earlier hour especially in the face of reduced audiences for Mr. Leno’s 10 p.m. show and the late local newscasts that followed it.

Mr. Ebersol labeled that a “specious argument,” saying that for much of the last five years, Mr. Leno had much lower lead-in audiences than Mr. Letterman got at CBS and yet he always won in the ratings.

“I like Conan enormously personally,” Mr. Ebersol said. “He was just stubborn about not being willing to broaden the appeal of his show.”

The article serves as an extended hit job on O’Brien, with Ebersol airing his views almost completely unopposed and with virtually no analysis or plain old common sense. In my mind’s eye, I can almost see how it went down: Within the confines of some kind of Armando Ianucci movie, a high-level NBC executive screamed to an underling “Get Ebersol out there! We’ll fight fire with fire! Call up your NYTimes lackey Bill Carter to take care of this!” And the New York Times, happy to get Ebersol’s remarks on the record, with the attendant links and traffic that would result, happily obliged. Of course, they couldn’t very well argue anything substantial against what Ebersol was saying…Otherwise they wouldn’t be “objective” journalists, now would they?

I’m not the only one who has picked up on this snow job. Outlets such as Deadline and Mediaite have also pointed out the crappiness of reporting on display here.

I’ve written in defense of the mainstream media before, despite others’ gleeful schadenfreude at witnessing their destruction. In fact, the recent events of Haiti have demonstrated that even though Gawker and other bloggers are a fantastic source of information about the goings-on at NBC, they can’t exactly deploy a team of highly-trained writers and photographers to another country at a moment’s notice.

But on this particular issue, when you compare the quality of reporting at the New York Times with the commentary available elsewhere, you see the mainstream media for all of its flaws: the constrictive entrenched relationships (in this case, with the higher-ups at NBC), the unwillingness for the reporter to inject his/her own analysis, and a general lack of ability to take entertainment journalism seriously. In a world where blogs can provide up-to-the-minute incisive commentary, pieces like the one found in the New York Times will continue to consign mainstream media to irrelevance in this field, during a time period when it is already fighting for survival.

Because we’re perpetually discovering that, if you’re a news consumer, you can’t teach an old dog new tricks but you can always have that dog put down and get a newer, cheaper one.